Teach your parents well. Our schoolchildren and their striking truth.

Perhaps it was preordained?

Due to an exceptionally busy period and a somewhat lazy lack of inspiration, we missed the bi-monthly deadline that should have seen this blog appear at the end of January.

A few days ago, inspiration fell into our lap, in the form of an event that should inspire us all.

Last Friday our schoolchildren took to the streets, in more than 60 towns and cities across the United Kingdom. An estimated 15,000 pupils exerting their democratic right to protest, went "on strike" as part of a global campaign for action on climate change.

They walked out of their schools to call on the government to take active steps to tackle the climate problem, requesting the addressing of four key demands

Now, those of you who have followed our blogs, if not our business and its ethos, will not be surprised by our endorsement of their action- one we believe helps serve to highlight the single most important issue facing their future.

Let’s just repeat that, for emphasis. Climatic and environmental issues are the biggest challenges facing life on this planet. Forget Brexit or Mexican walls, which in the greater scheme of things are correctable historical hiccups.  Once climate change crosses a critical threshold, there is probably no going back.

Perhaps what really surprised therefore was less that our youth should be prepared to publically demonstrate their concern, but more the reaction of some politicians and educators suggesting our children have more important things to do.

The National Association of Head Teachers (NAHT) said that whilst it supports the right of young people to express themselves it did not condone students being out of the classroom to take action. So when did you last hear of a silent classroom protest reaching the ears of politicians and the world’s media?

As for the politicians themselves, the Prime Minister’s office suggested that the protest "wastes lesson time", with the Education Secretary adding “missing class won't do a thing to help the environment”.  Supposedly they could all have been handed violins for music lessons instead, to continue with our politicians fine tradition of fiddling while Rome burns.

Isn’t it also somewhat ironic that the generation which has arguably contributed most to our current crises – the two car emission, single plastic disposing, holioday jet setters - should be arguing that the newest generation might have better things to do than complain about the dire consequences of our extravagance.

In a week during which an estimated 40% of our insect world was identified as under threat of extinction, exactly which part of the implications of a biodiversity apocalypse is too hard for our politicians and key educators to understand? Sounds as though they could do with help from our children to explain. 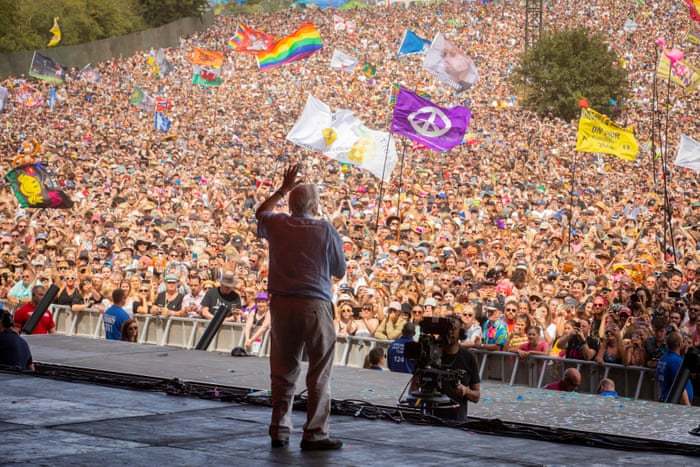 A Glastonbury headline and a busy August. Please keep up at the front.